Blog What the hell are you doing?

Projects, trips, rants, and whatever else I feel like talking about and sharing.

My Feature Film Now on TUBI!

Goddamn it has been a long time since i've updated this but a lot has happened since! My feature film, CHEST has finished a very successful festival circuit and is now available to watch for free on TUBI! It has been a long road to get where we are and I'm very happy to have a home for this little film of mine. We are still pending streaming on Amazon Prime, Mometu and a handful of other services but will post the details on our website when things change. Stay tuned!

So I created my first polyphonic synthesizer today using an Arduino and some basic components. The Arduino contains several PWM outputs on its pinout--which is basically an audio signal, and utilizing some Arduino synth libraries, I was able to modify the scripts to allow for 4 notes of Polpyhony on one single output, and then the external potentiometers are used to control the wave shape, envelope shape, modulation, and the decay of the audio signal. It makes for a nice tone generator that can be played through external equipment via MIDI--could even be downsized to Eurorack module for easy adding of polyphonic tone generator in a tiny module--which might be my next project. Anyway check out the photos below! 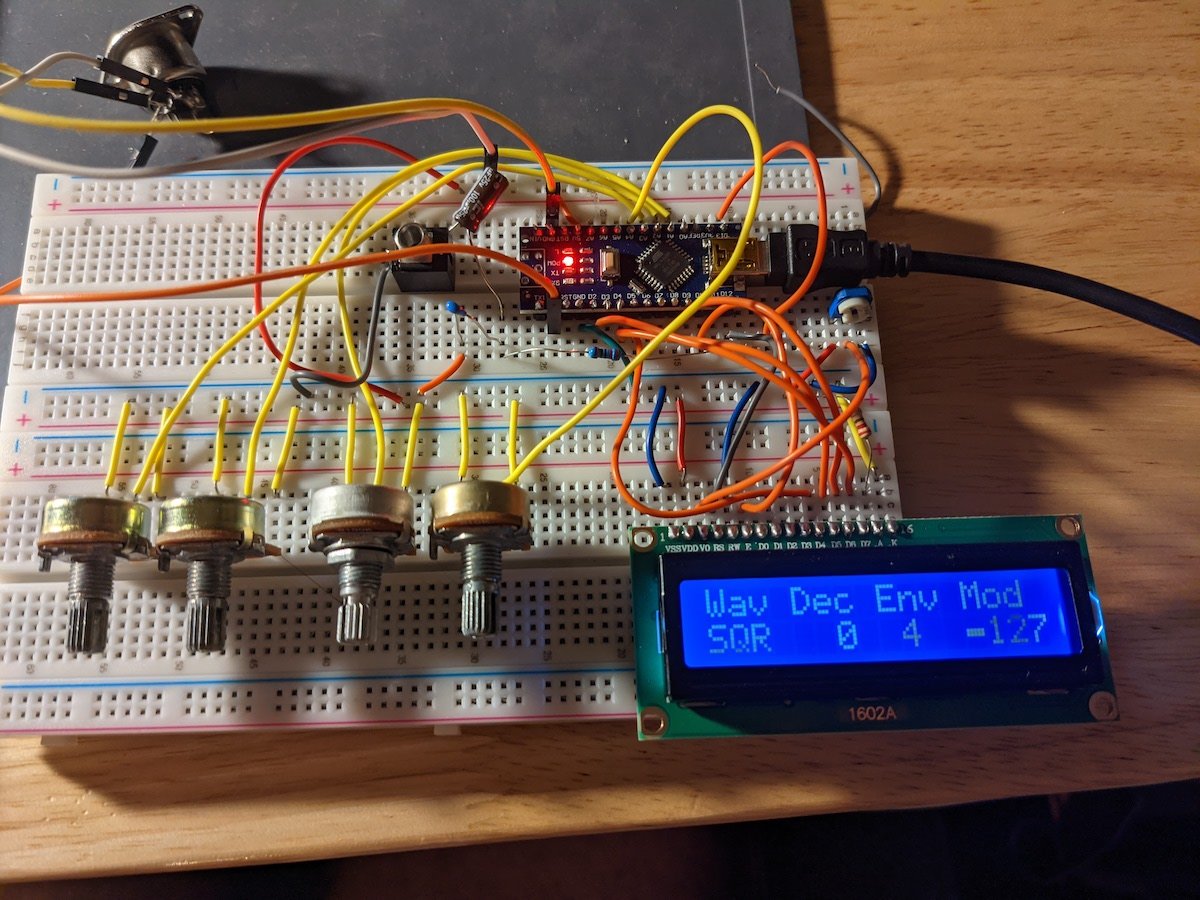 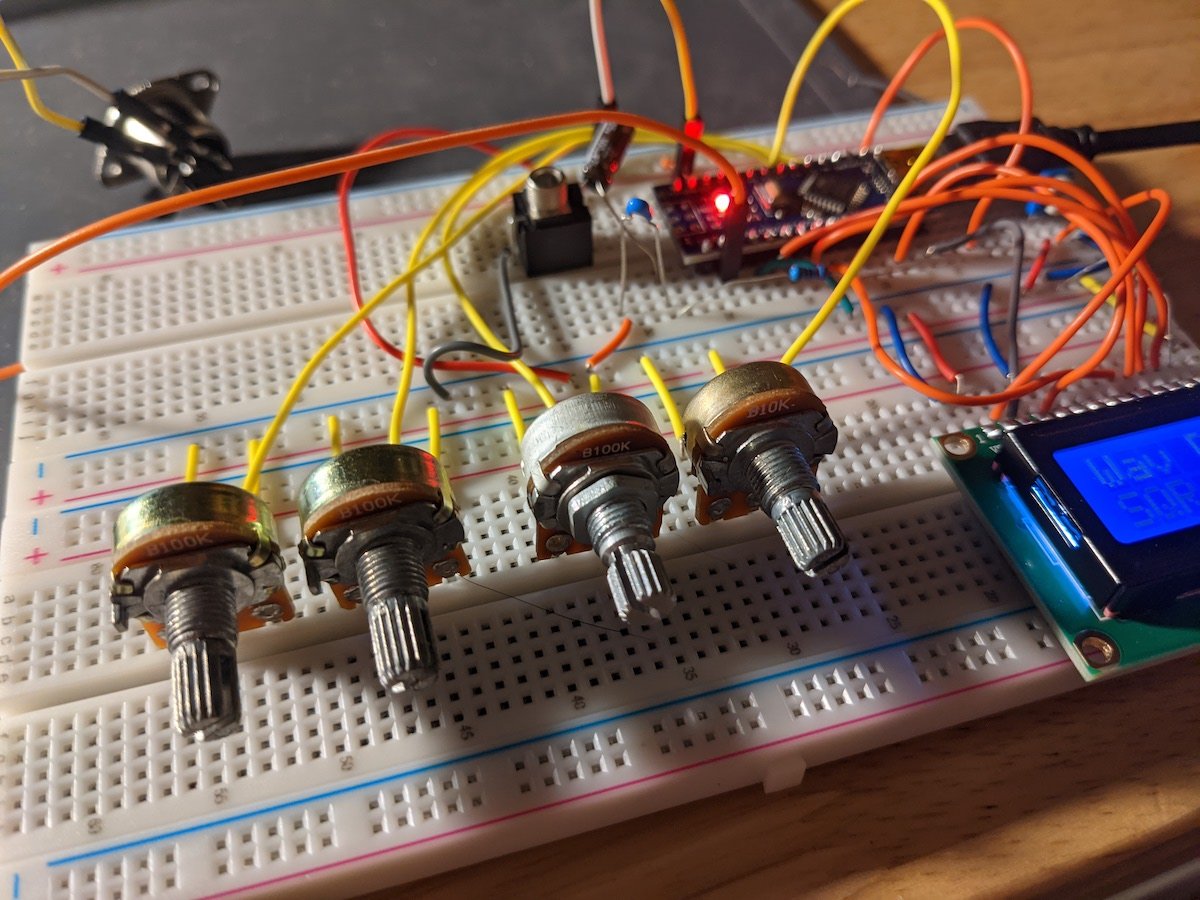 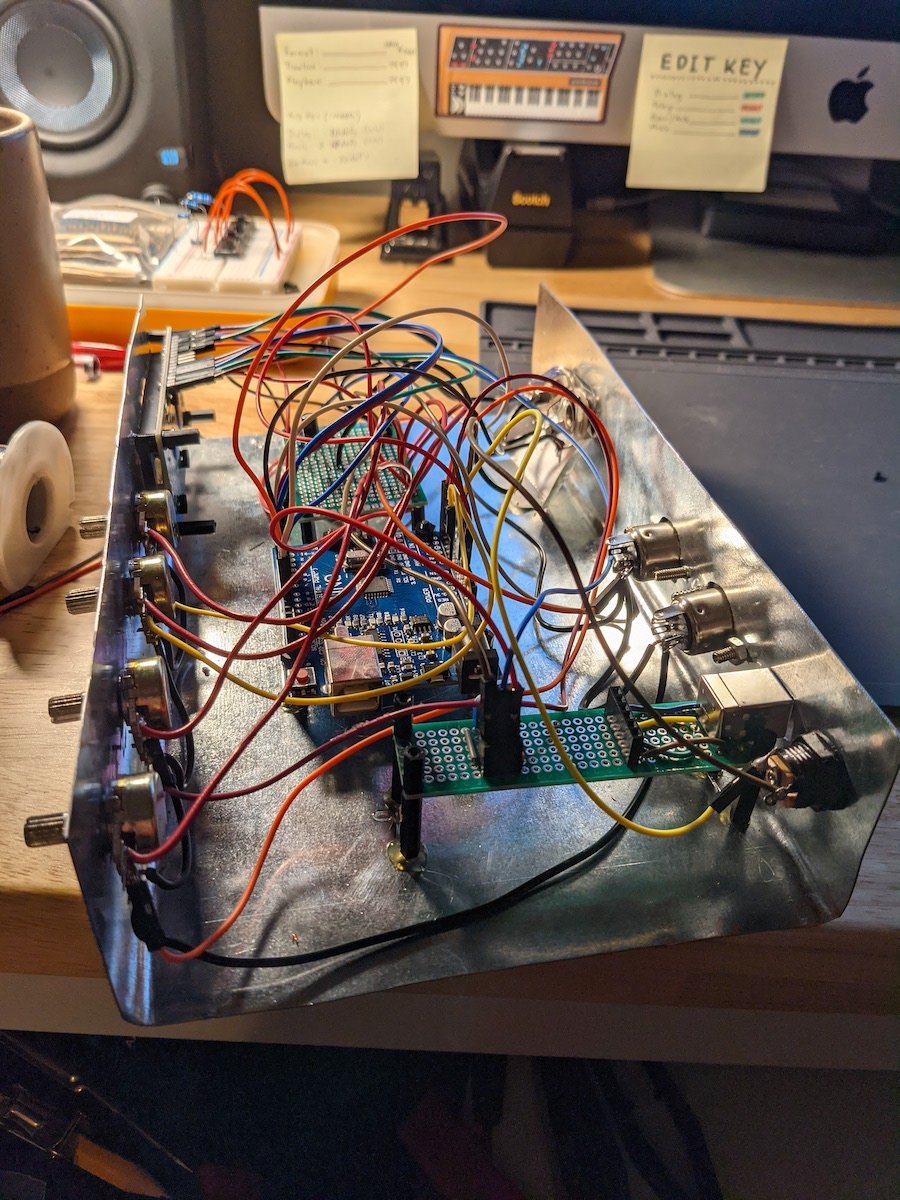 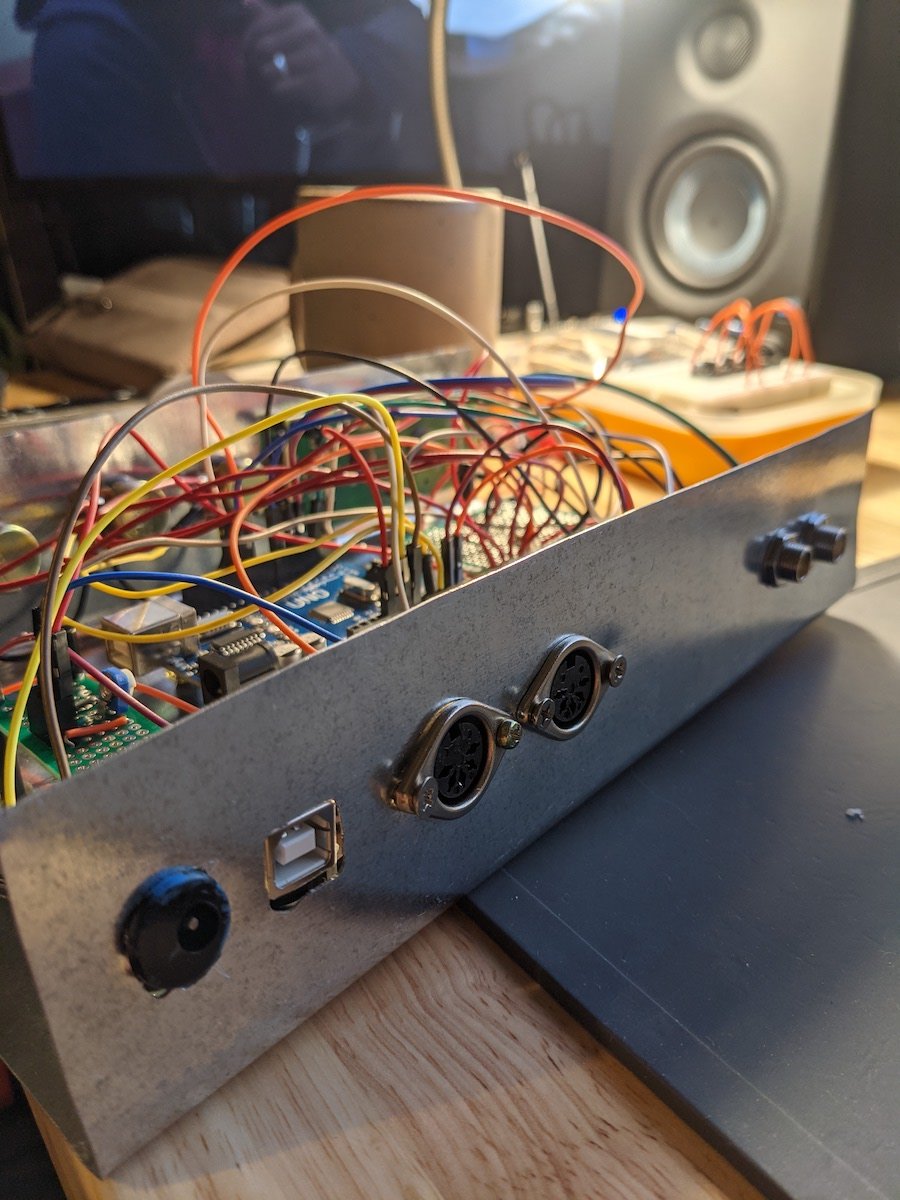 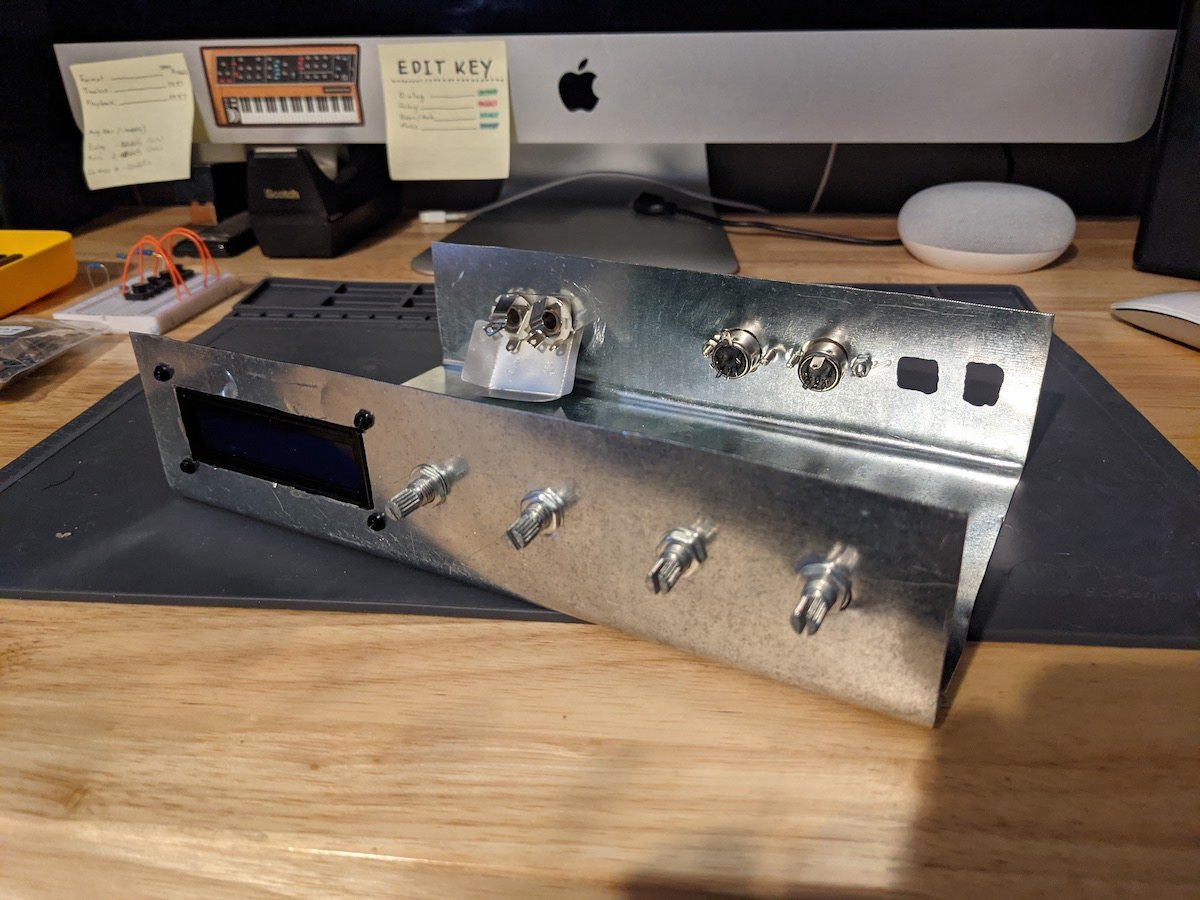 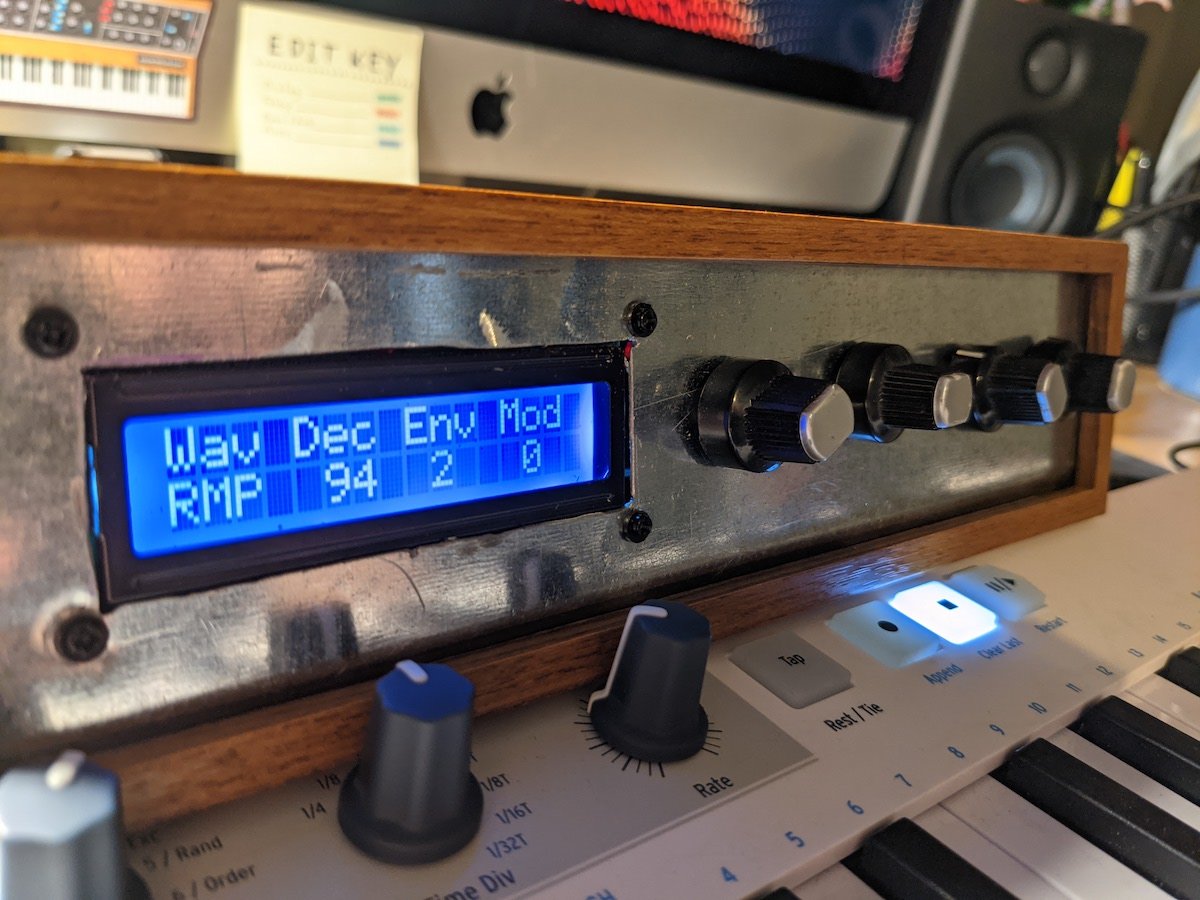 I won another thing

Once again this year, my team at Banno/Jack Henry has pulled off another award at the WMAs this year and both of the awarded sites were projects on which I was the lead developer, which is a pretty cool honor! View the details below:

After years of work, and a year and a half on hold for production, I finally sat down and edited together a teaser trailer for my feature film, CHEST, and you can view it below!

A waste of time or an act of musical genius? You decide...

Yeah, it is a new year and LOT has happened in the world since my last post, but the most important thing is this cover I did of Limp Bizkit's Break Stuff which I think accurately captures the essence and tone of the world right now—which is a bunch of bubblegum chewing assholes walking around with their head's up their own asses pretending like nothing is wrong while inside all they want to do is die and break shit and burn down the world. Or maybe that's classic overthinking?

I'm not ashamed to admit that I was a fan of Limp Bizkit when I was younger, and this song has remained one of my favorites because hell, its a FUN song! And this cover was my attempt to make it even more fun. I've always said that if you do a cover of a song, do it completely different than what the original was and I think I have adhered to that rule pretty well. No one wants to hear a note for note remakes of a song. Same as you wouldnt want to watcha shot for shot remake of a movie—you want something new, goddammit. Anyway, enjoy and go break stuff!

If you didn't already know, me and my wife are avid cavers and vertical climbers and occasionally we drop a pit or or two. About a year ago this became a goal of ours: to dial in our rope skills and get competent on vertical, and this year has been full of many trips down into the underworld. Our most recent trip was down to Alabama to Balcony Sink which was a recent purchase of the Southeastern Cave Conservancy and is now a protected property.

The descent is a 135ft vertical drop, pretty much all free hang with about 20 ft. against a cliff side at the start. At one end is also a 130 ft waterfall that disappears into a crack down inside the pit. At the bottom there is another 30ft ascension that goes up into a passage that goes about 1/2 a mile back to another 30ft. pit. We did not do this passage due to the number of people who were there without a permit. While they fucked off in the cave passage, we used their ropes to speed our ascent back to the top. 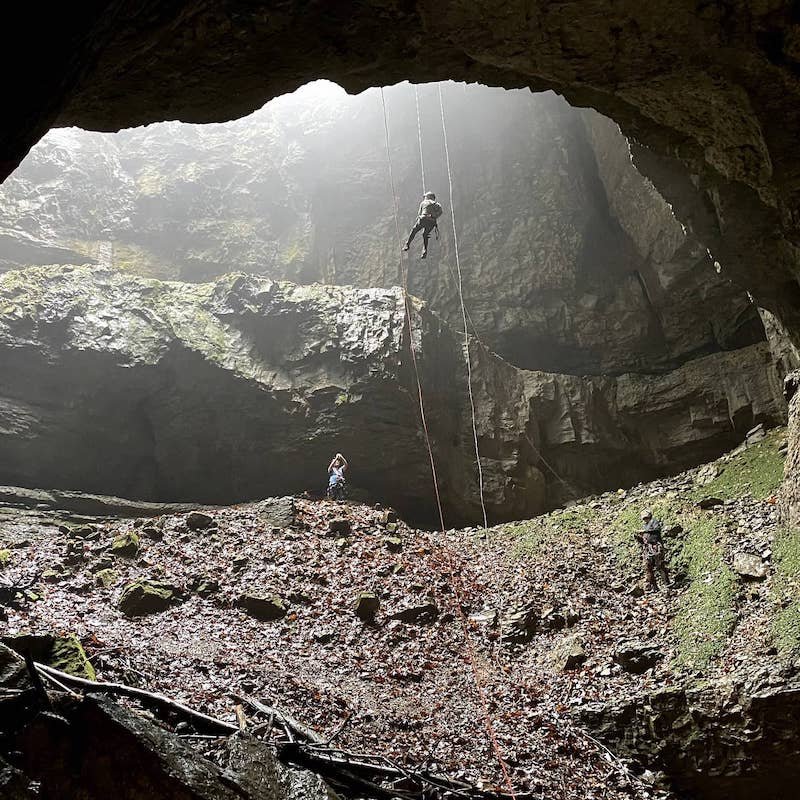 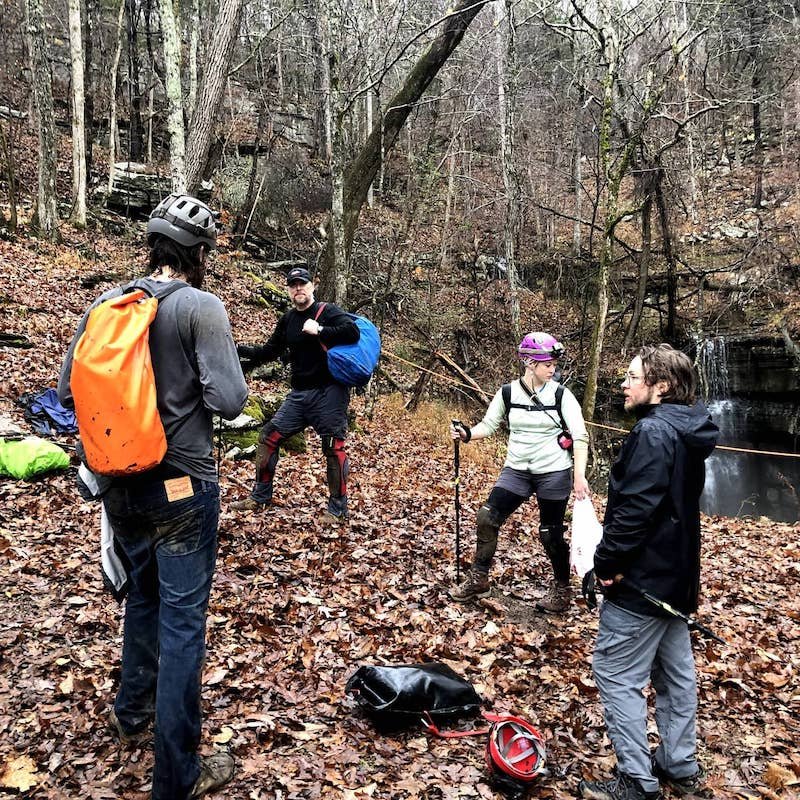 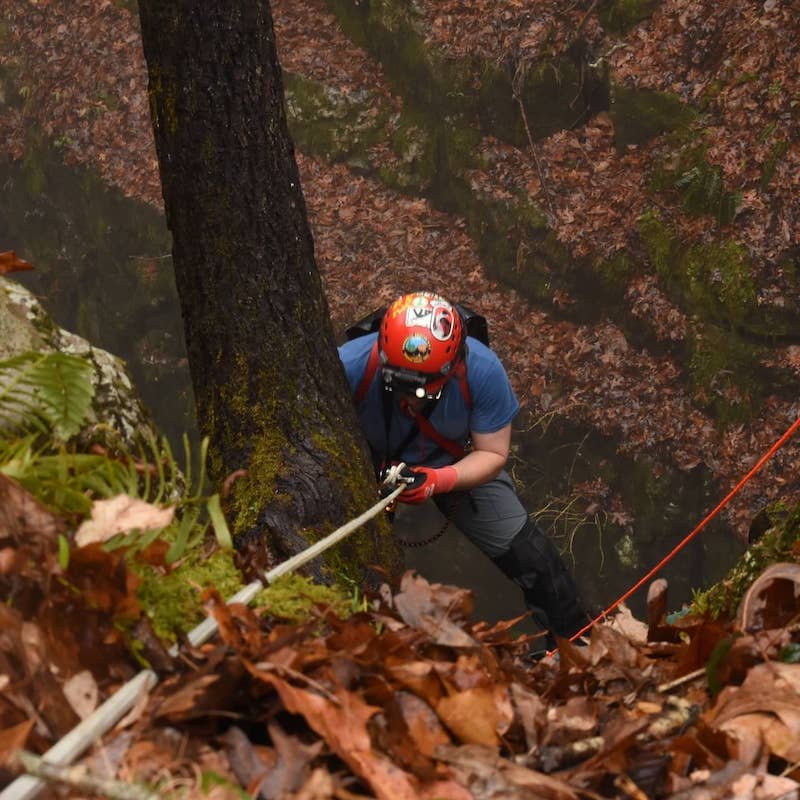 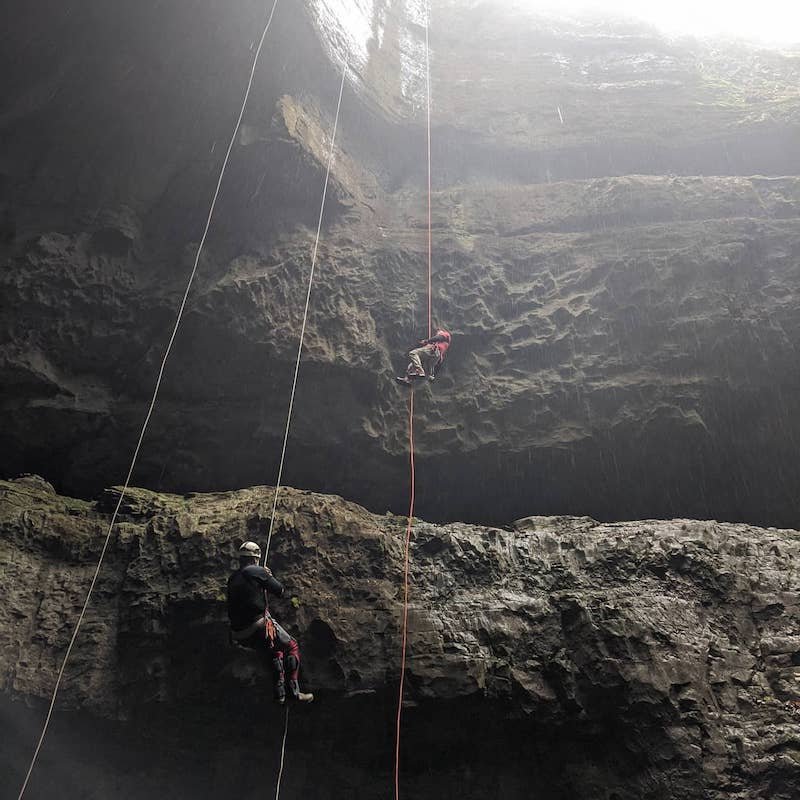 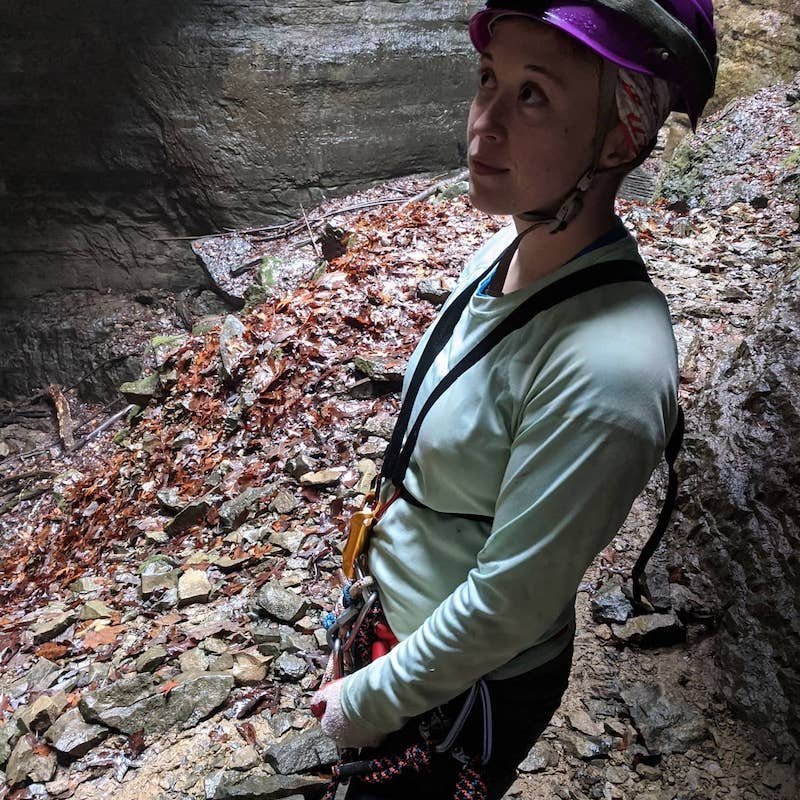 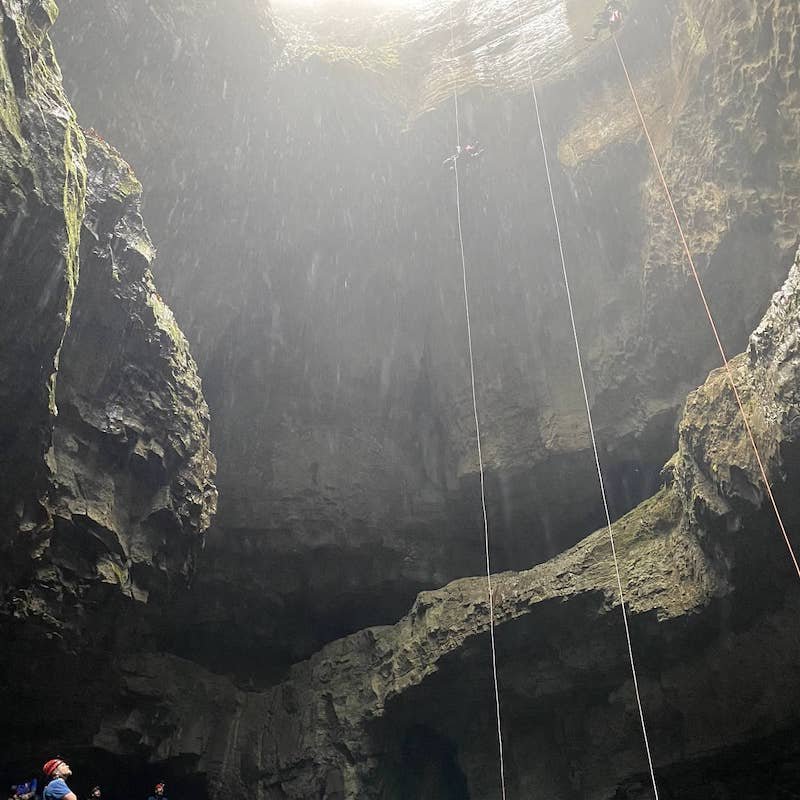 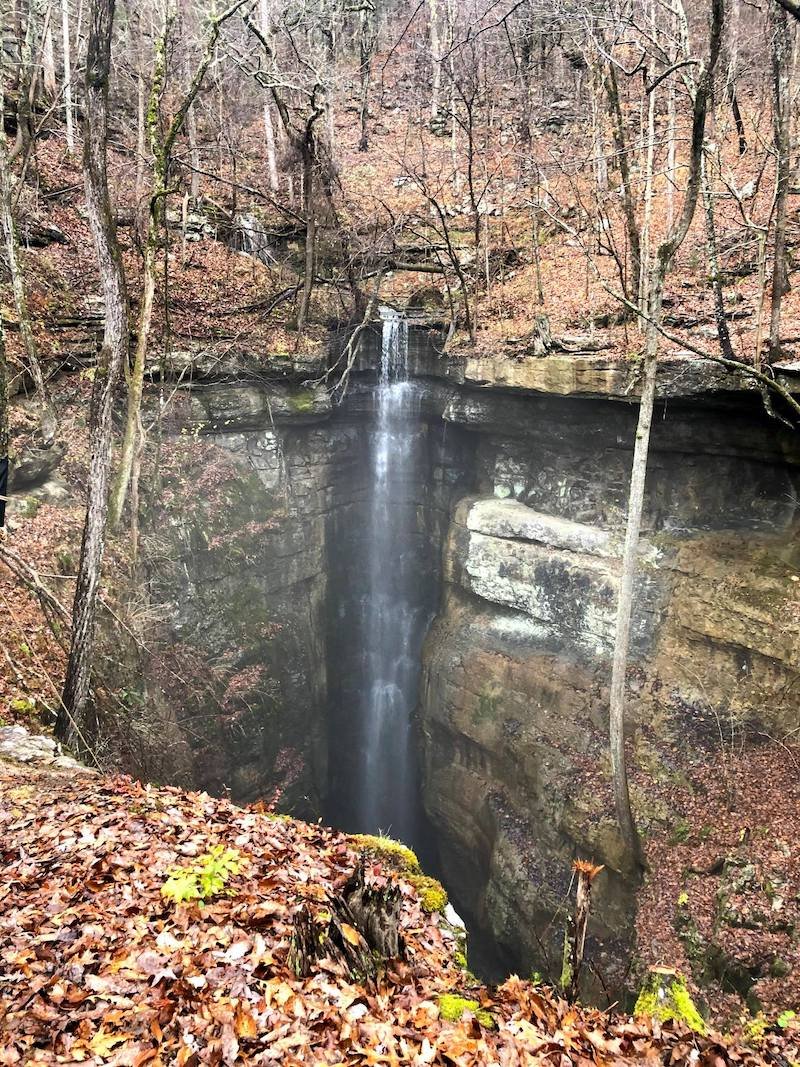 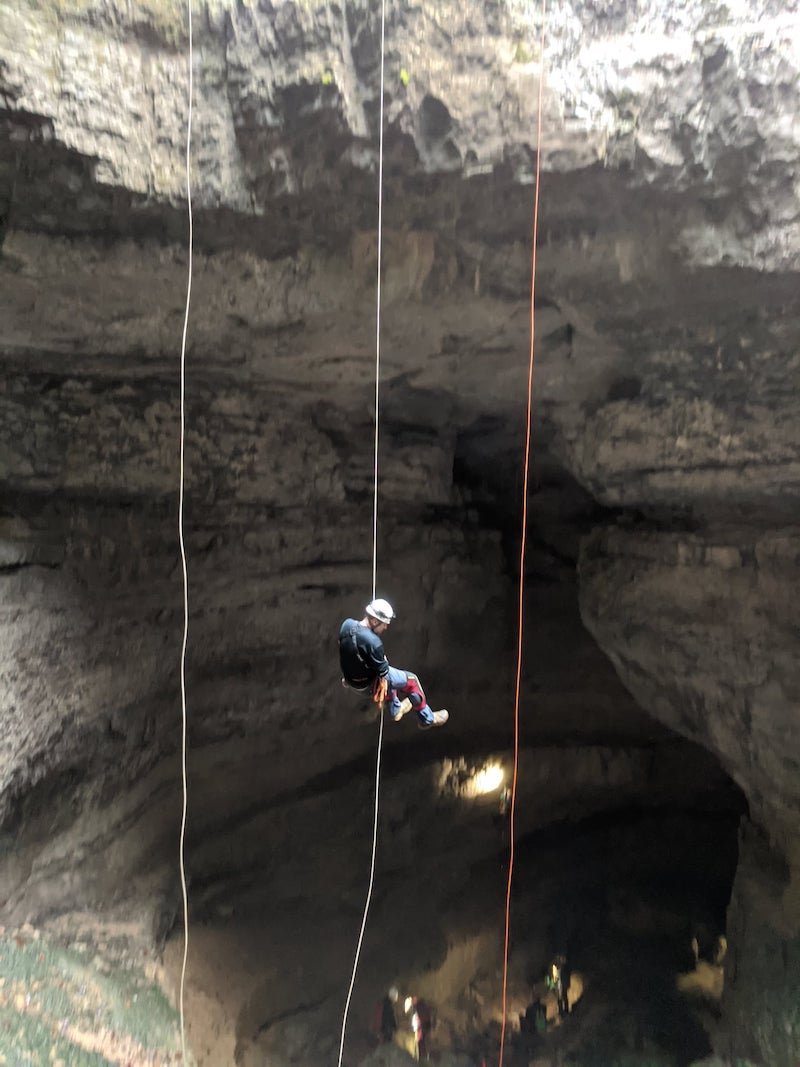 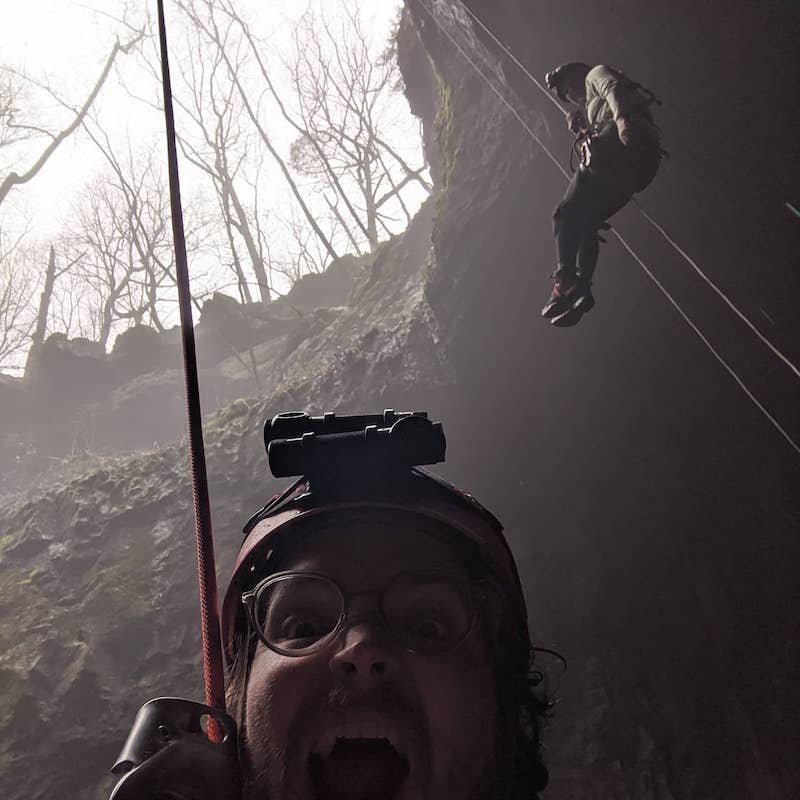 Here's a little synth I put together from a board created by Sam over at Look Mum No Computer that came with his vinyl record I ordered. It was a fun and relatively easy build and is totally bat shit bananas! This is the Atari Punk Console (x3) which is a noisemaker circuit that utilizes two 555 timer ICs or a single 556 dual timer IC. 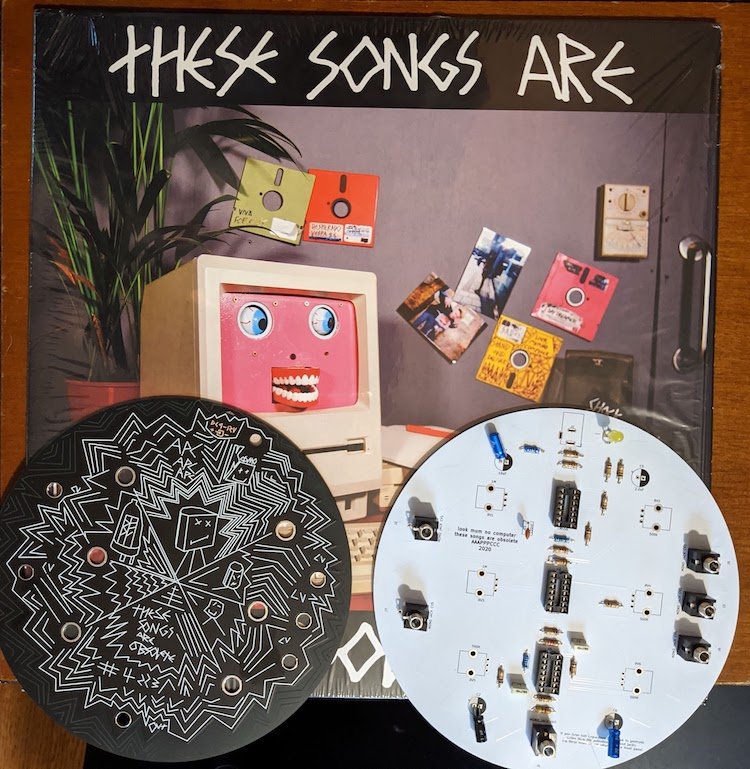 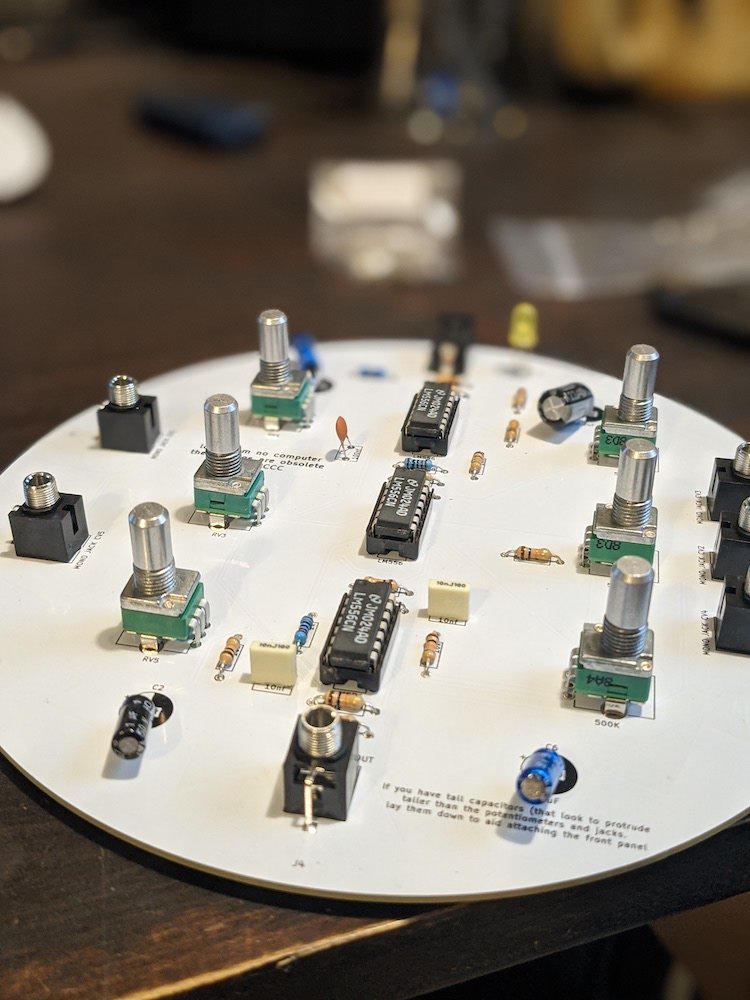 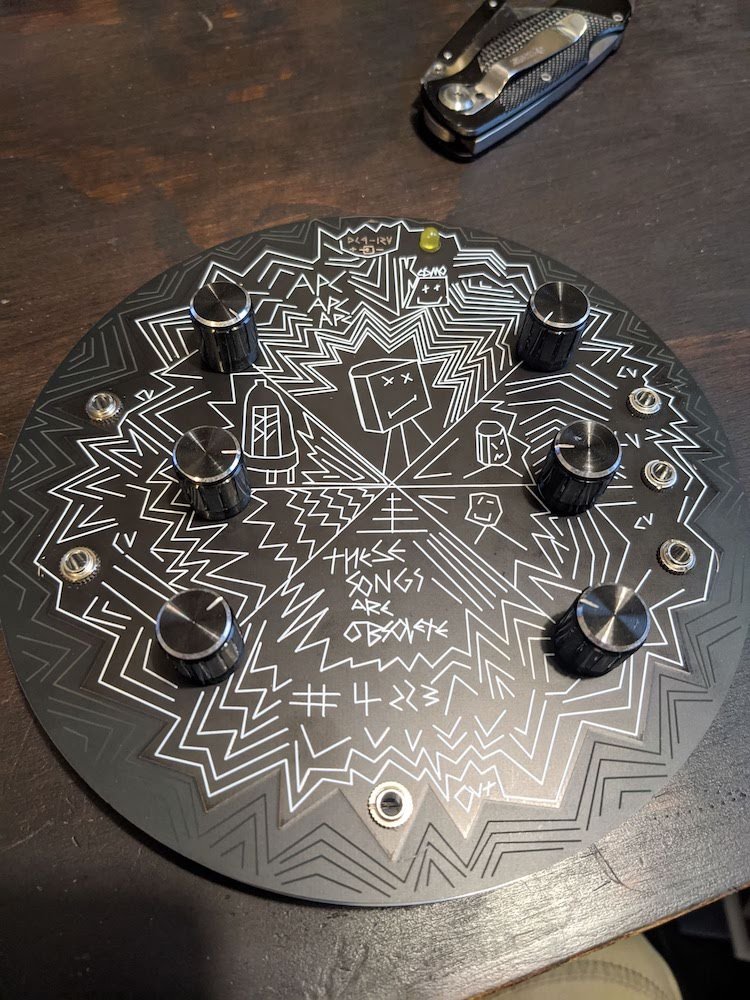 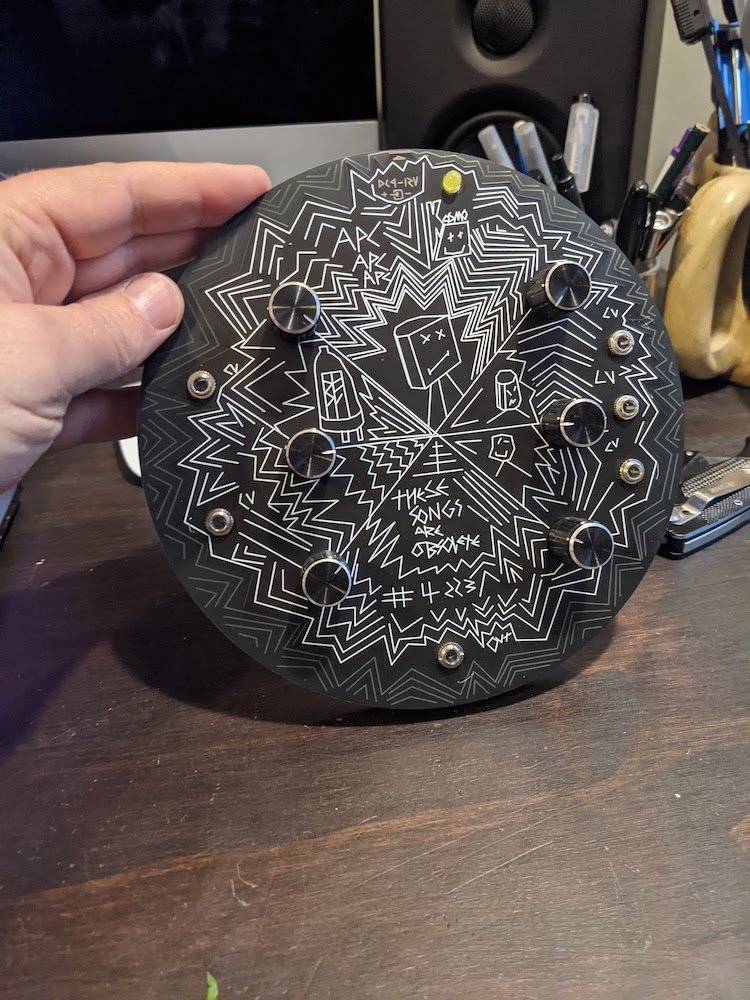 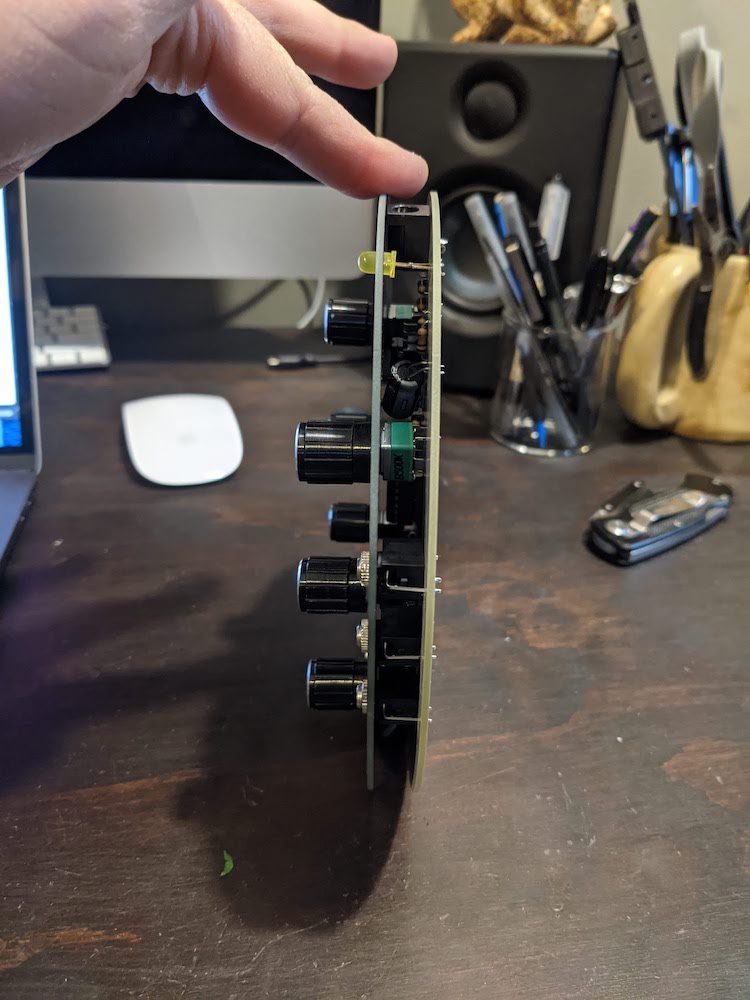 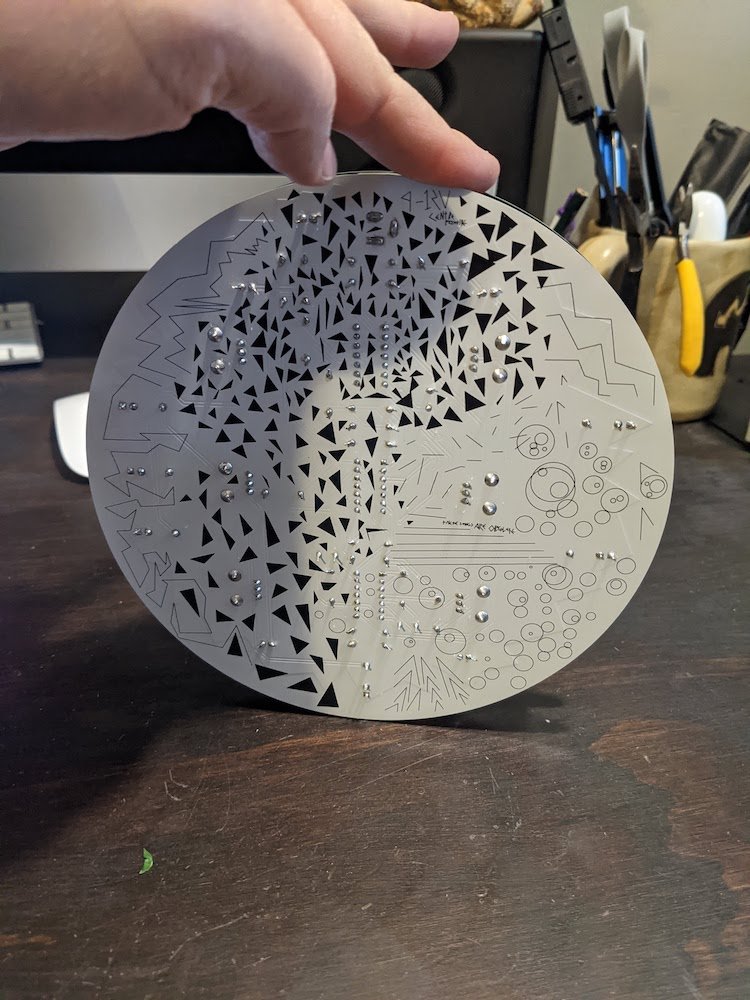